The International-Transport-Journal reports on the "New kids on the block".

ACS Logistics' path has not gone unnoticed by the industry. 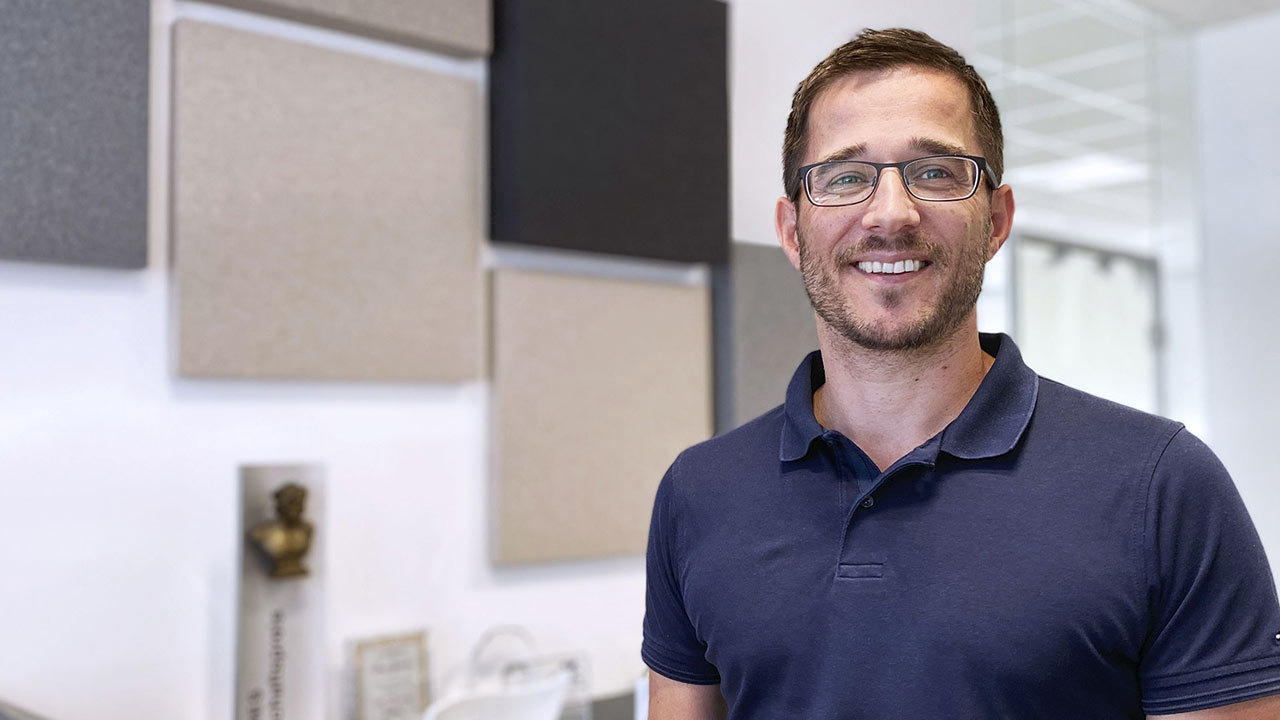 Attitudes in the forwarding industry are old-fashioned, hierarchical and anti-progress? Don't mention digitalisation? And if you do, then only to call it job-slashing technology? Not at all! One example that proves the opposite can be found in Linz. ACS Logistics founder and manager Thomas Sticht spoke to Christian Doepgen about nuances that make a difference.

His clothes fit, as does his firm's tradition. Manager Thomas Sticht meets me in a polo shirt, even if ACS Logistics' pioneering days, with a container for an office, date back to 2011. The firm is thus celebrating its tenth anniversary this year, and it predicts that its 45 employees will generate sales worth around EUR 40 million in 2021. Something's different here – but what is it?

"We really live what can be called the 'start-up culture'," Sticht elaborates. But what does this catch-phrase mean? "Well, there are equal opportunities for a start. Job applicants are employed primarily on the basis of their personality profile, irrespective of their training." Third-party HR professionals are on board to support the process.

"Do you know a single job applicant who has three months time for a selection process?", Sticht asks rhetorically, simultaneously pointing out ACS Logistics' communication approach. "Things have to move fast, informally and directly." On top of this the enterprise promotes people strictly according to performance criteria, applies individual development concepts for every employee and has flat hierarchies. Success has proved ACS right. "We can hardly breathe for work," Sticht reports, before adding that he expects "another mega-peak season coming for the industry this year."

Every logistician has a lot to do today, it's true – but ACS Logistics' expansion began a little earlier. "We've registered 30% annual growth for a long time now," according to Sticht. The secret of success, in his definition of the term, lies in a carefully selected customer base, because no less than 95% of the Austrian economy is made up of small and medium-sized enterprises. "We can't boast of a particularly high market penetration," Sticht explains, "but we do have very close relations with every customer." So individual liaison is a key ingredient in the secret of success, which subsequently manifests itself in very few complaints. Other ingredients including motivated employees who can develop in the interplay with lean processes and the right technological approach.

Smart, but the right way

"We're on the right path to transforming ourselves from a forwarder into a smart logistician," Sticht says, admitting that the term smart is already quite hackneyed. By implementing the 'Cargowise' platform quite early on, ACS Logistics ensured it was well-positioned technologically-speaking in Austria right from the beginning. It has further expanded the application individually. The fact that 90% of all documents pass through the system without being printed is just one important aspect.

Every employee has his own technological cockpit. How does that work? "An Outlook plug-in sorts, scans and prepares customers' incoming e-mails," Sticht explains. "Thus every employees has the chance to focus on customer relations with less hassle, and maintain our service levels. Our measurements have ascertained that this saves up to 17% of the time needed to process a shipment."

Sticht believes the classical tracking and tracing models are actually a thing of the past, as they don't only provide customers with the important key data, but frequently also add superfluous information they didn't request. "We want to move from an unfiltered text status towards an intelligent visual modus," Sticht says. Together with his graphic designers he presents 3D images of individually-coloured intermodal modes of transport before a landscape background, with additional information on the dispatch status. This allows customers to be provided with an emotional experience on top of the bare facts of the information.

Not flying under the radar

ACS Logistics hasn't flown under the industry's radar. Sticht's full trophy cabinet proves that the grown-up start-up has already been recognised far and wide. The awards include Austria's Hermes econo­mic prize (twice), won in the logistics cate­gory in 2019 and in the services section in 2020. "Our business model remains largely that of a regional service provider," Sticht says. In the light of the corporate dynamic that sounds like a bit of an understatement.

Go to the original article.

Be part of our digital 2K30 journey! 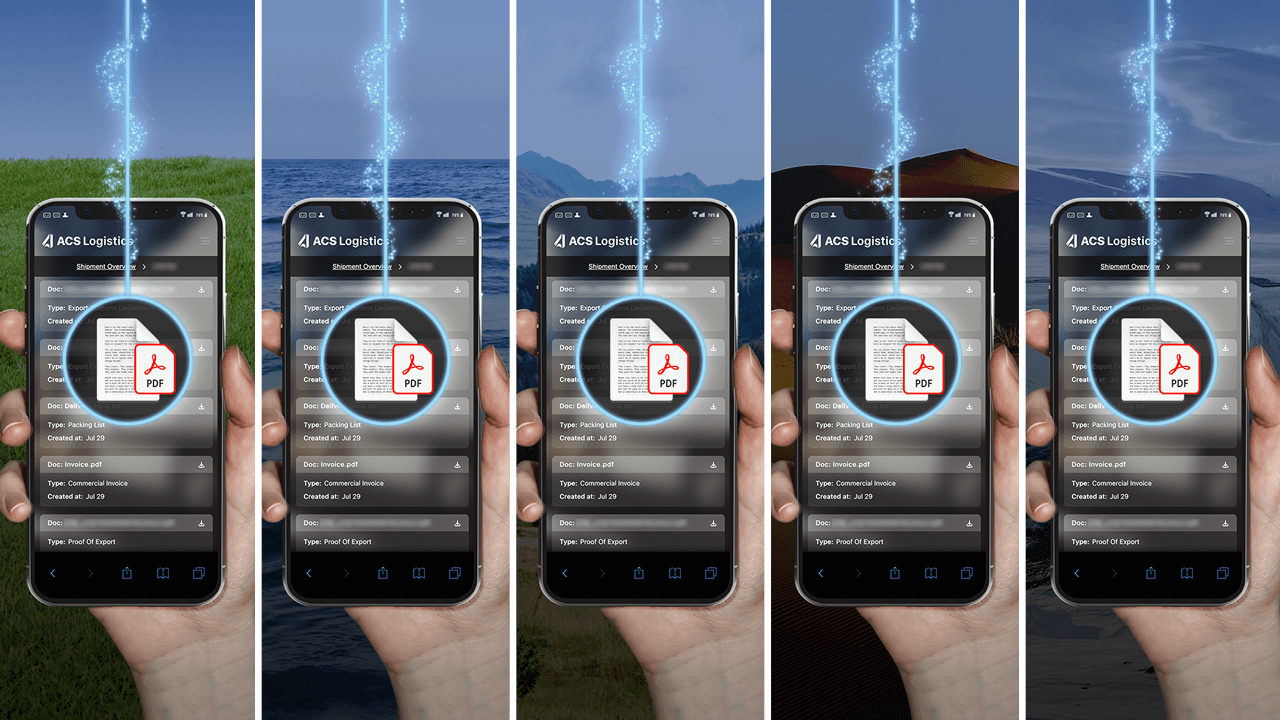 Your customer area has been up­dated and now features doc­ument manage­ment. 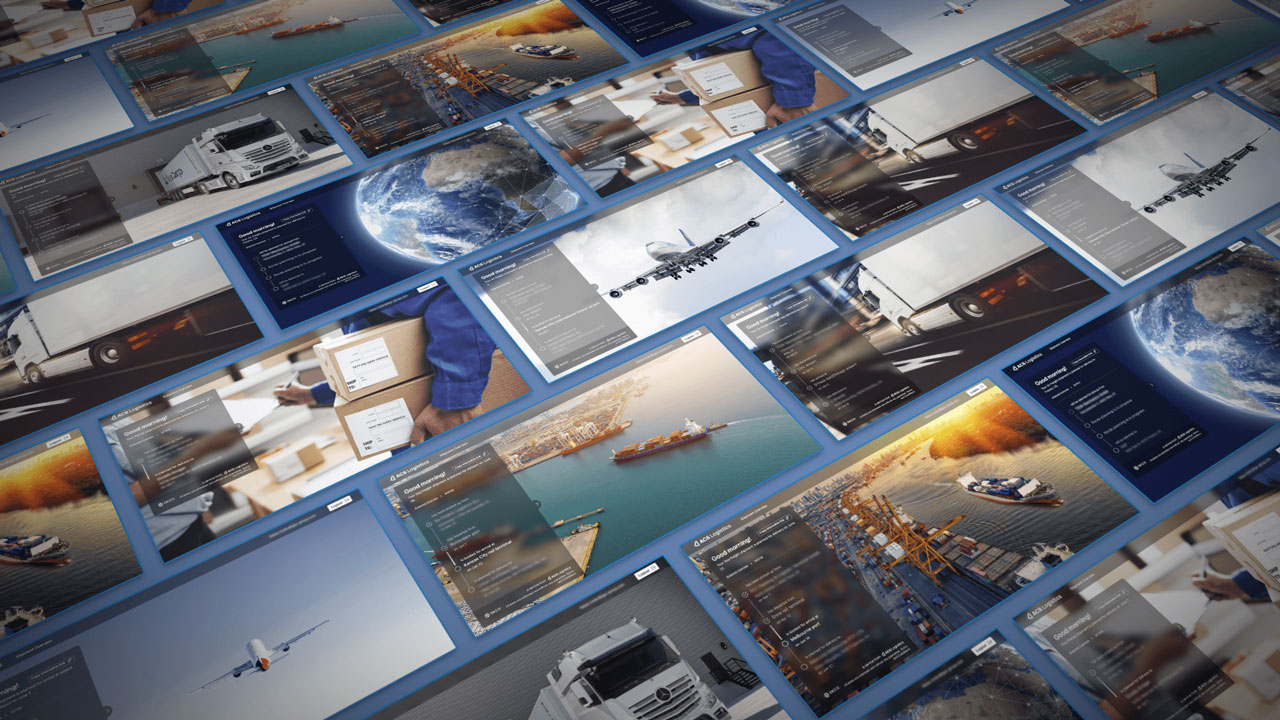 The new version comes with your own secure customer portal.

Your customer area has been up­dated and now features doc­ument manage­ment.

The new version comes with your own secure customer portal. 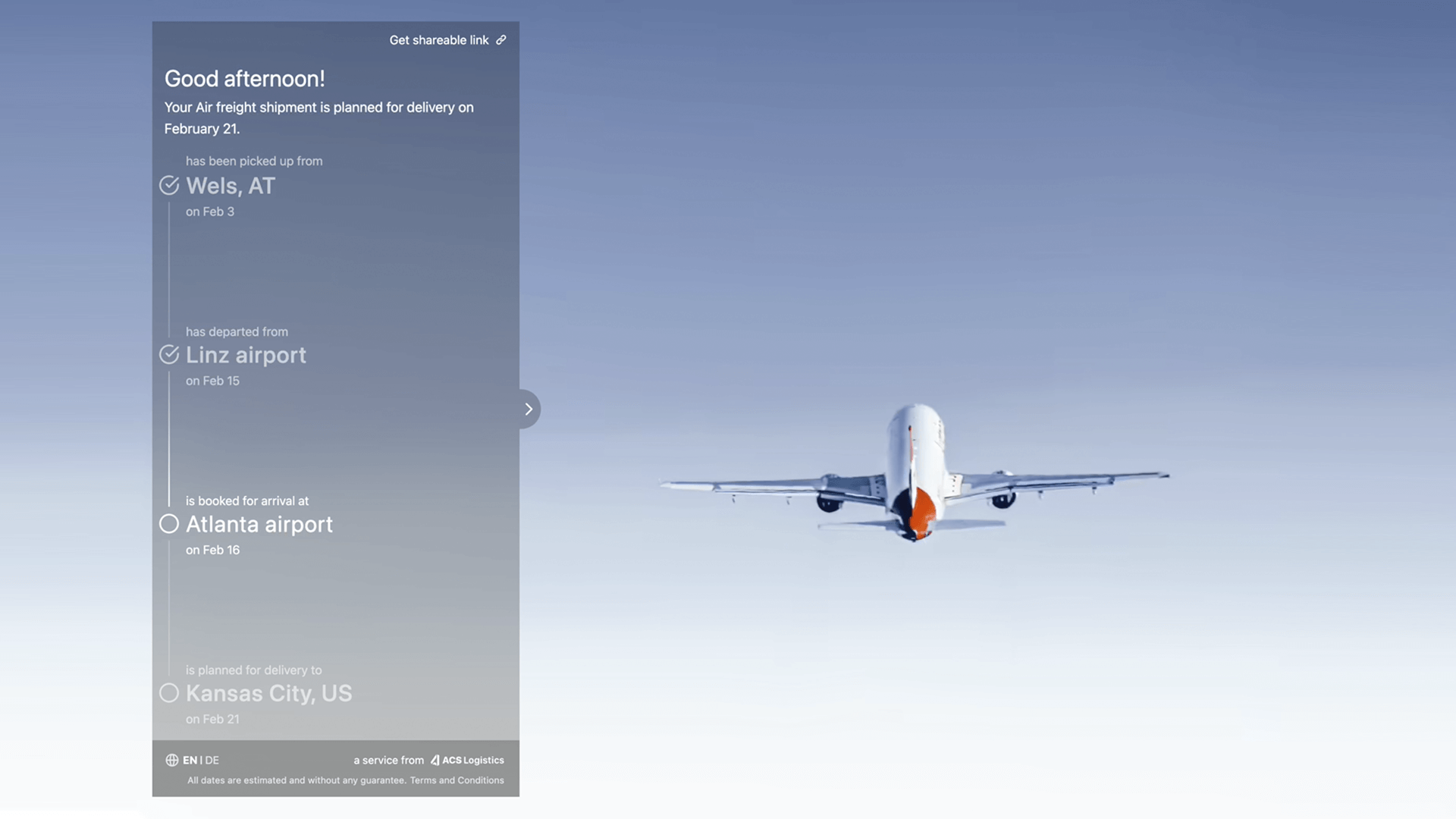 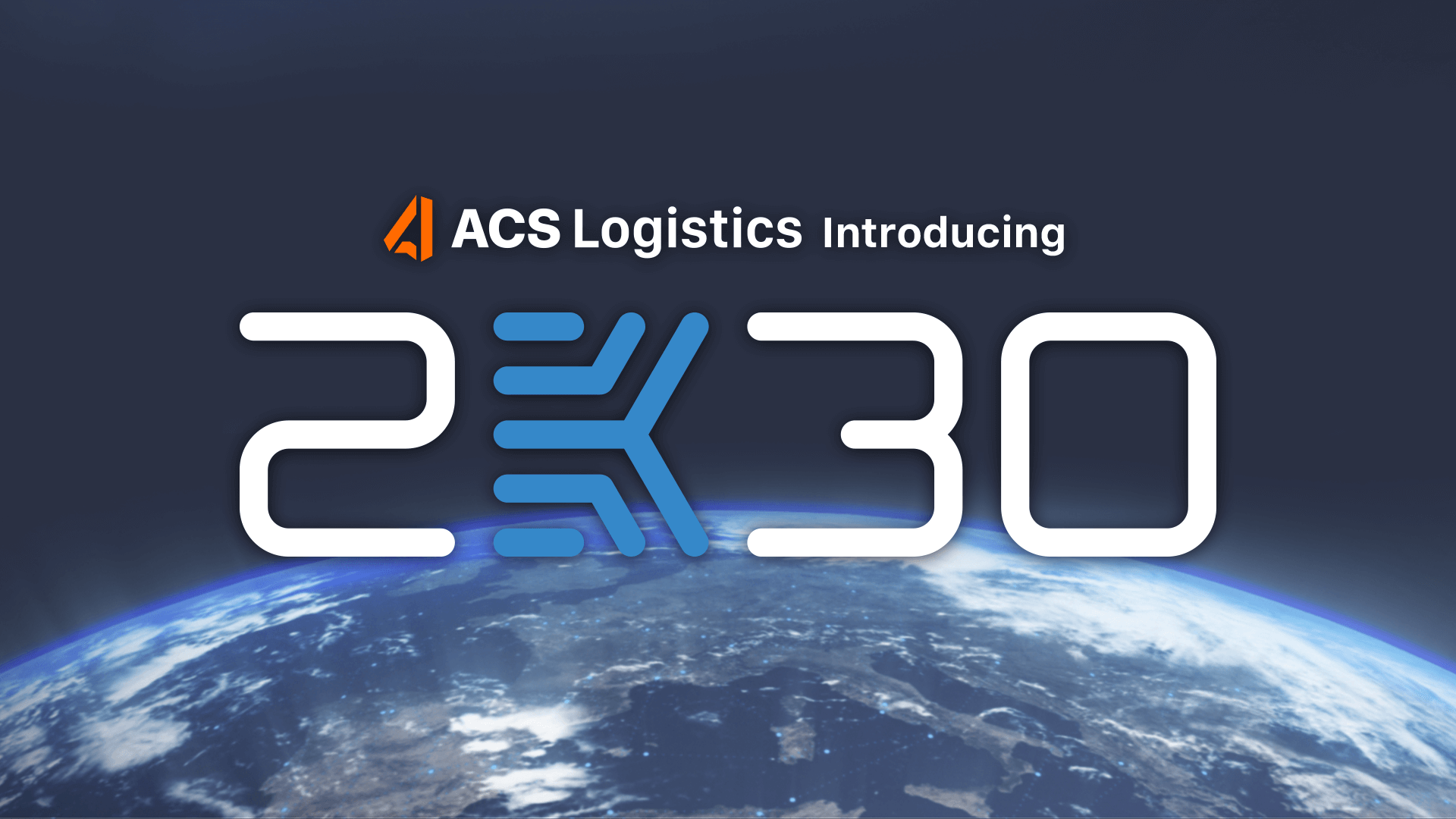 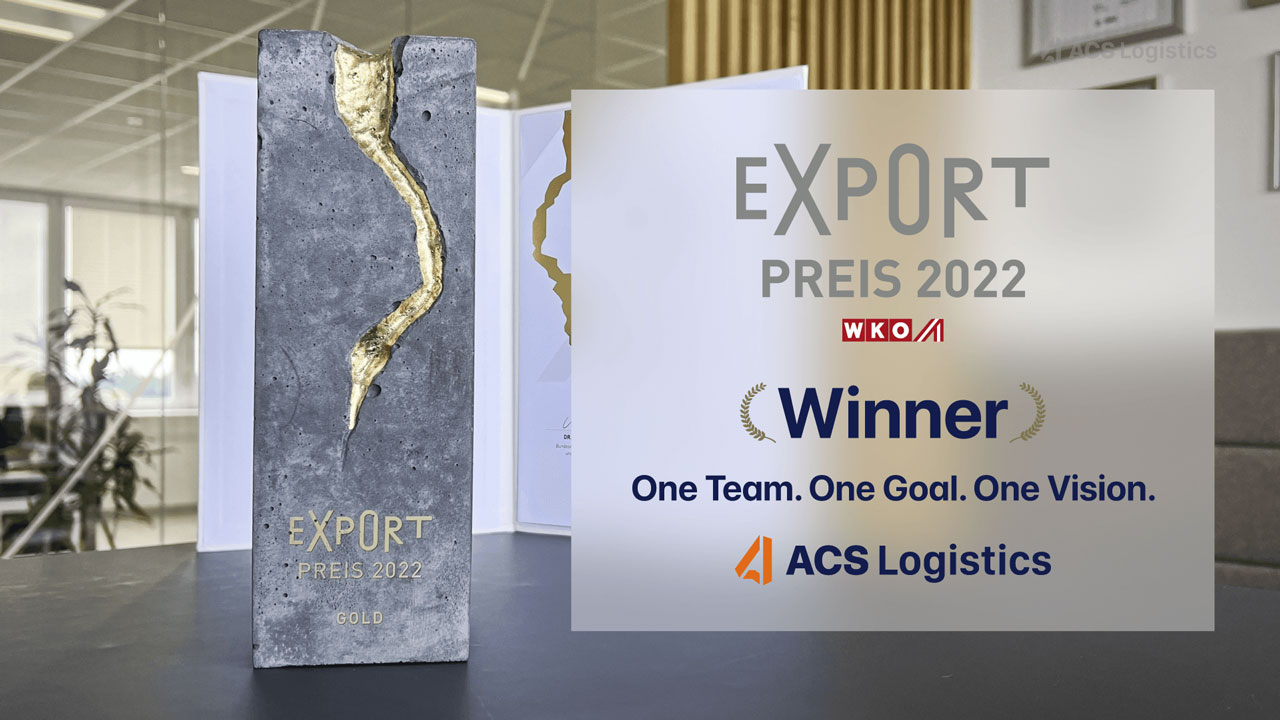 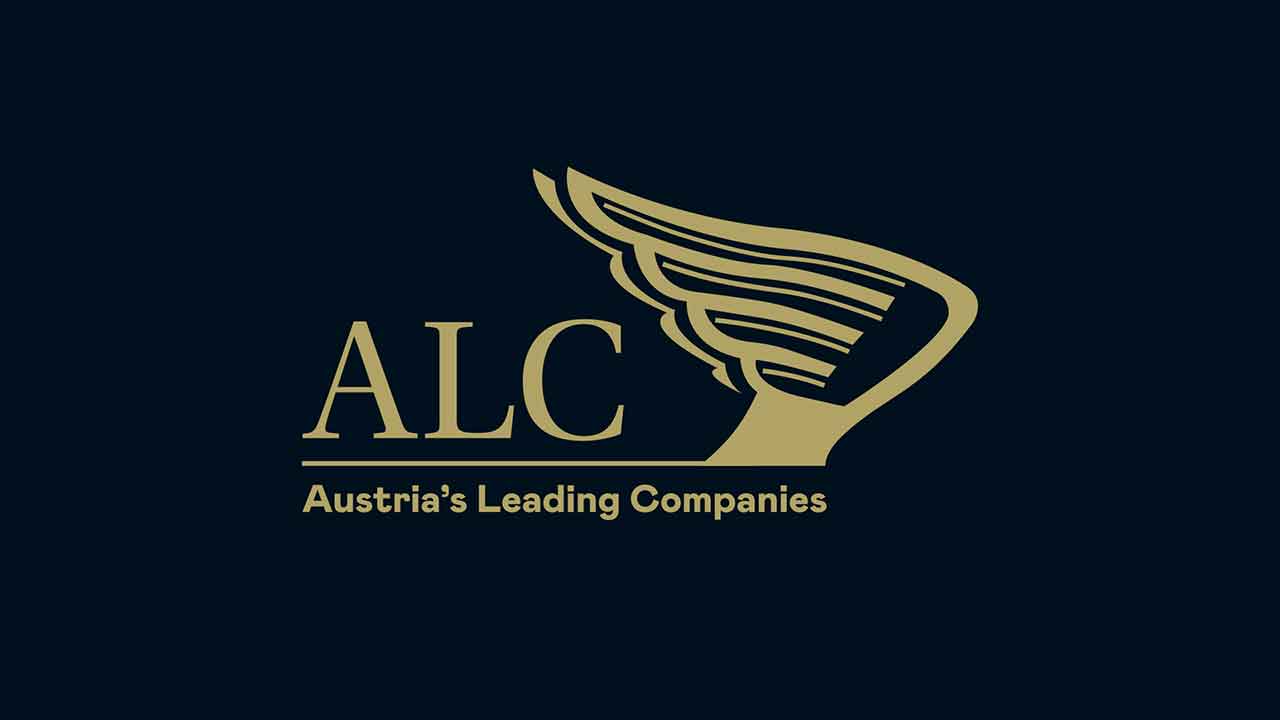 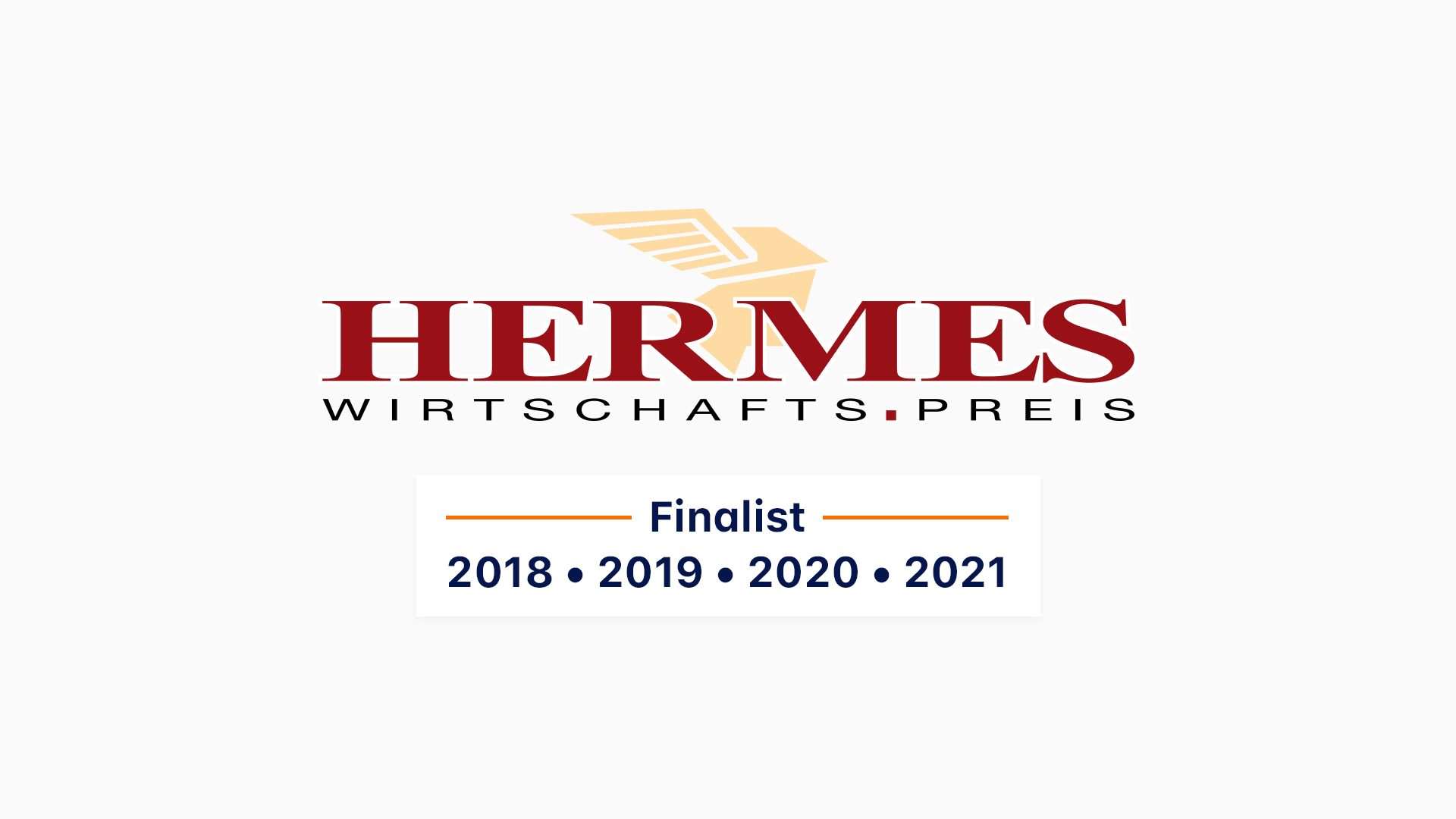 Finalist at the Hermes Business Award 2021 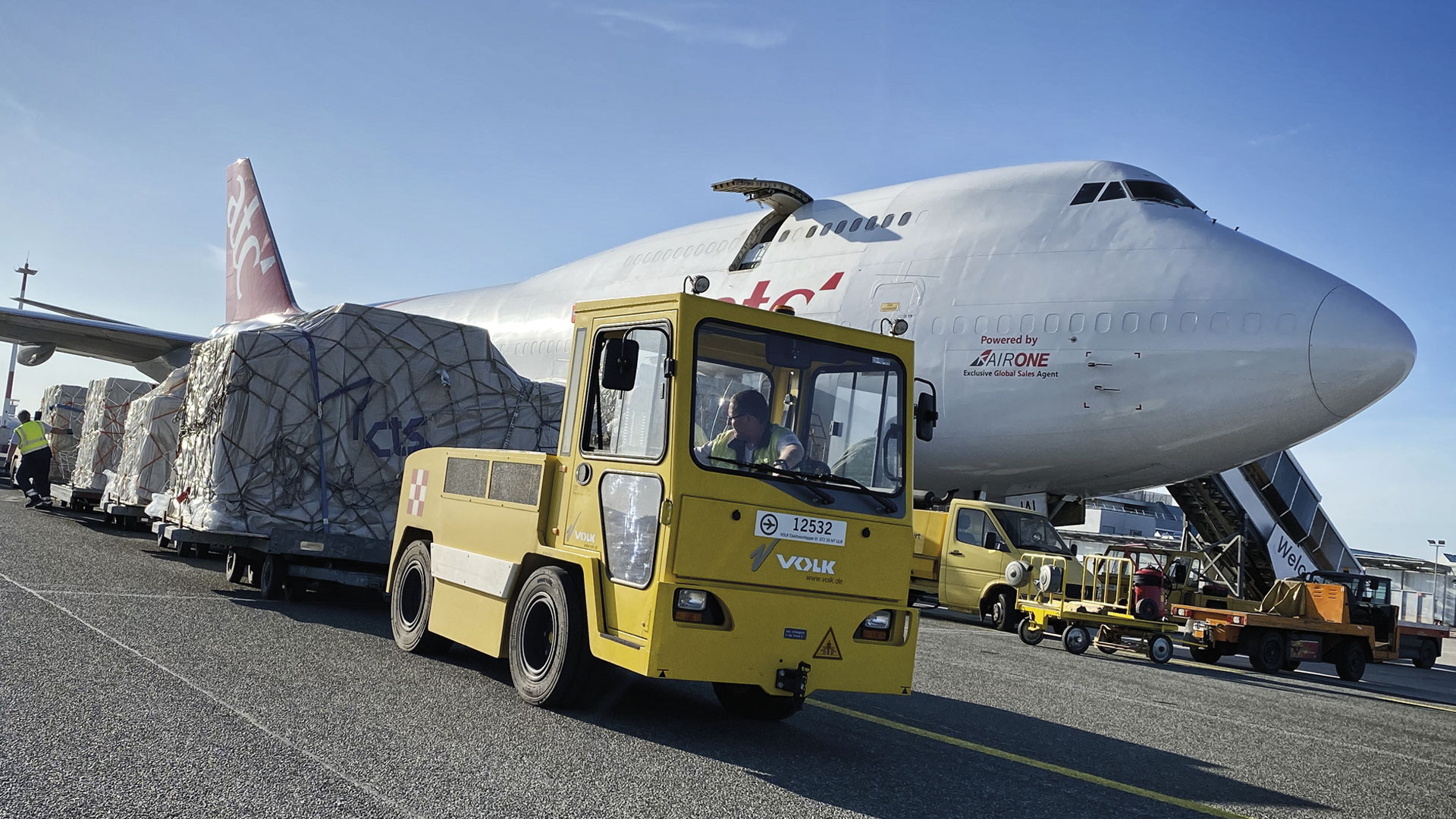 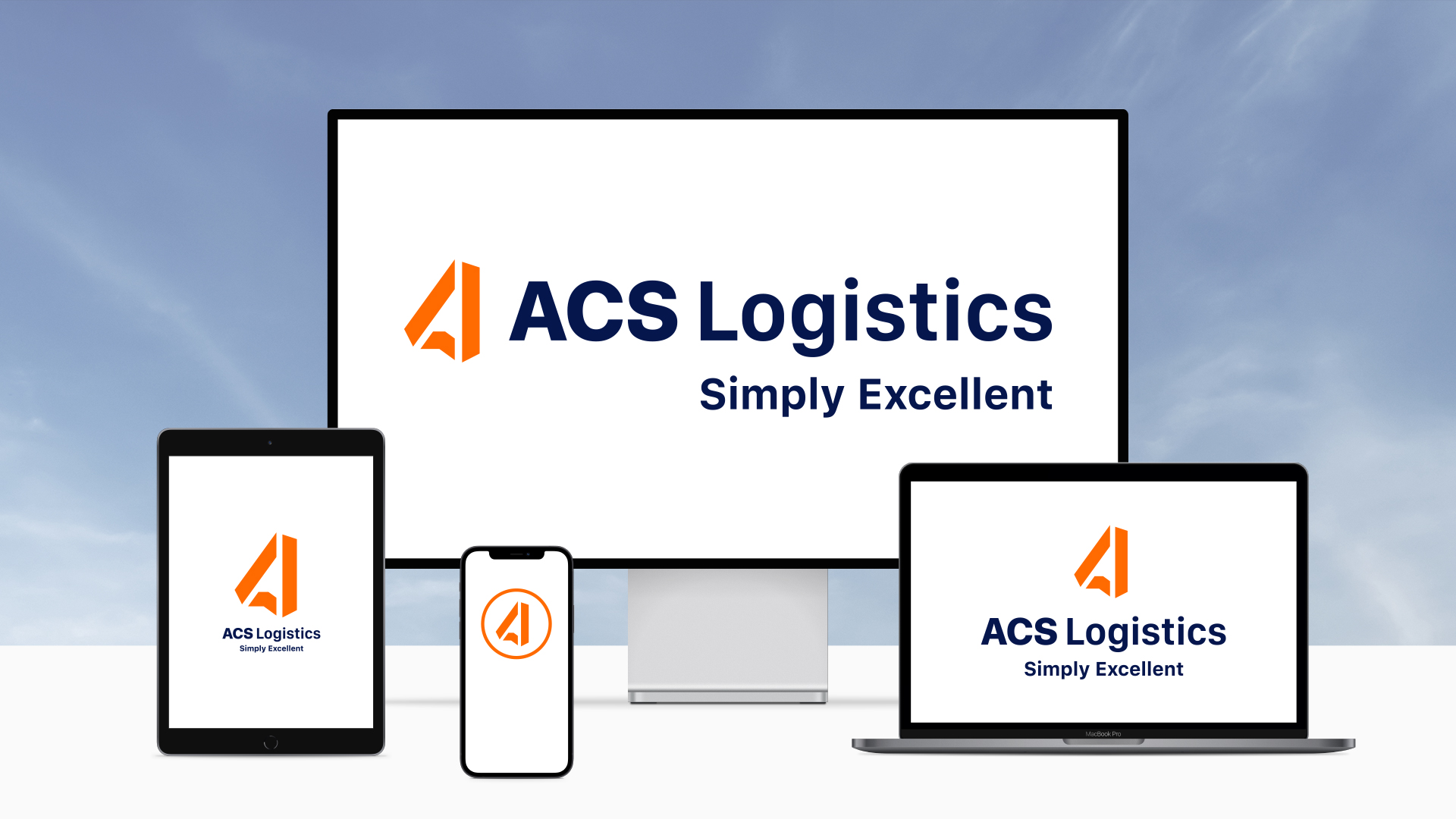 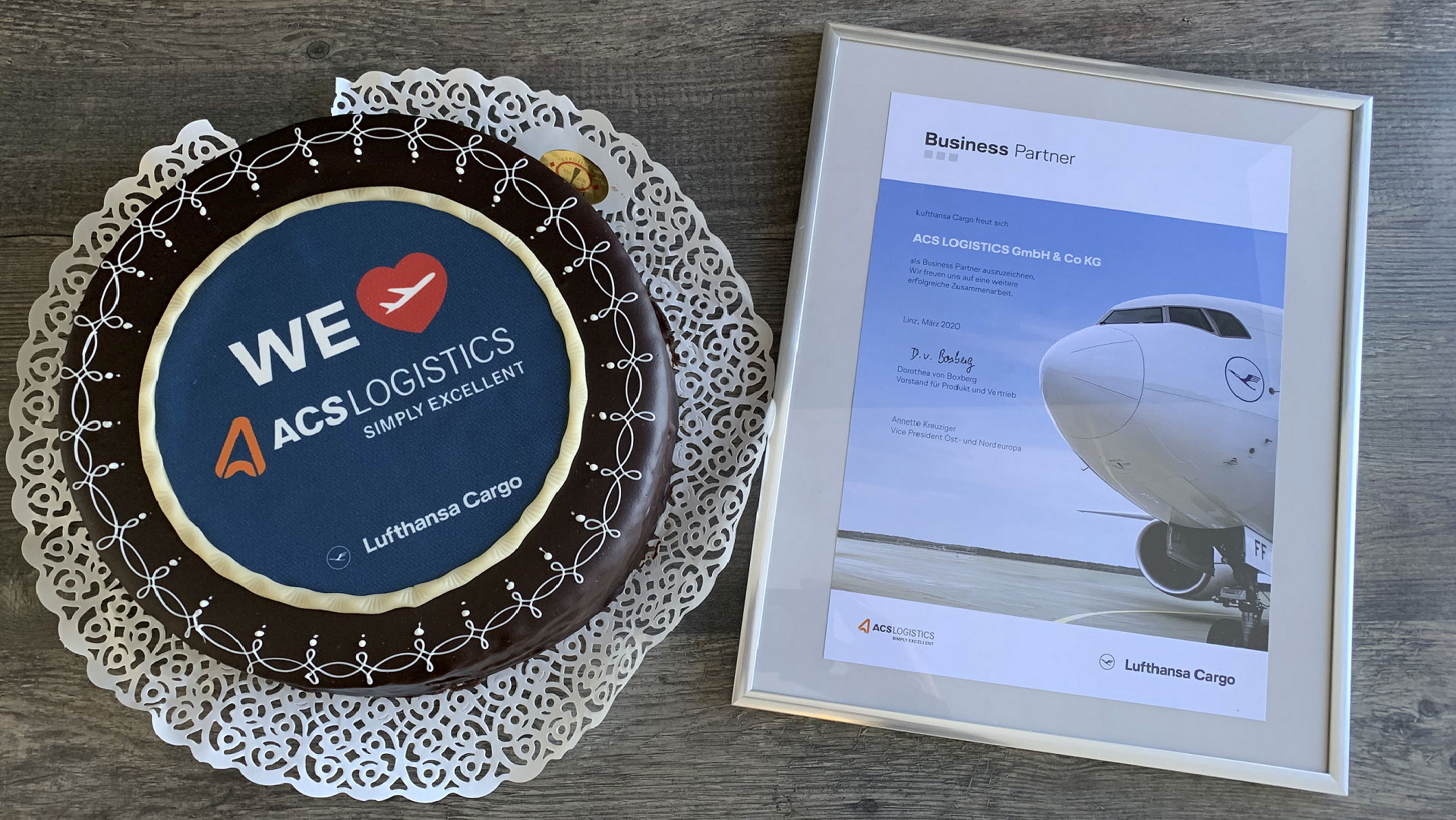 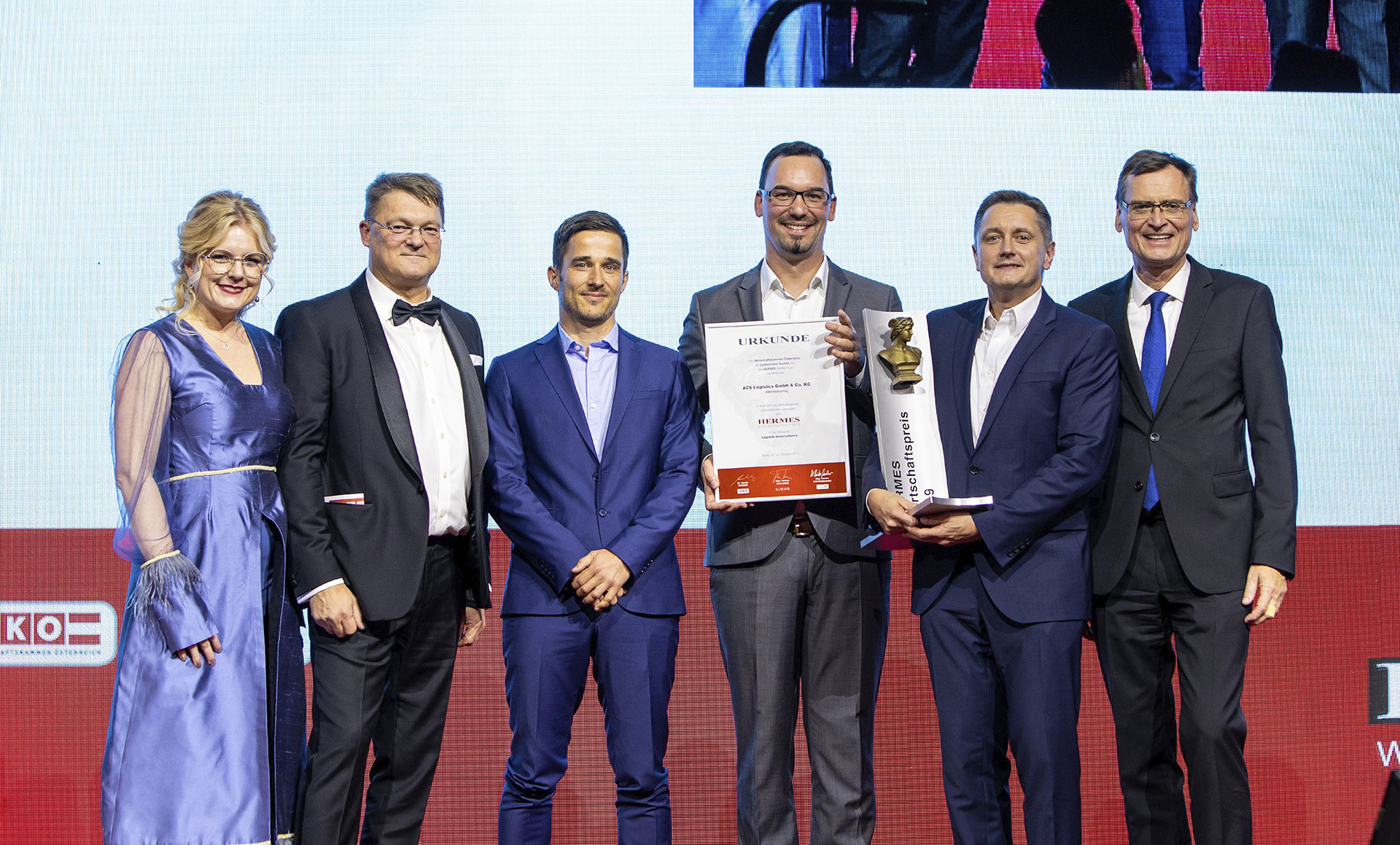 Chosen as the best Austrian logistics company!
See all
